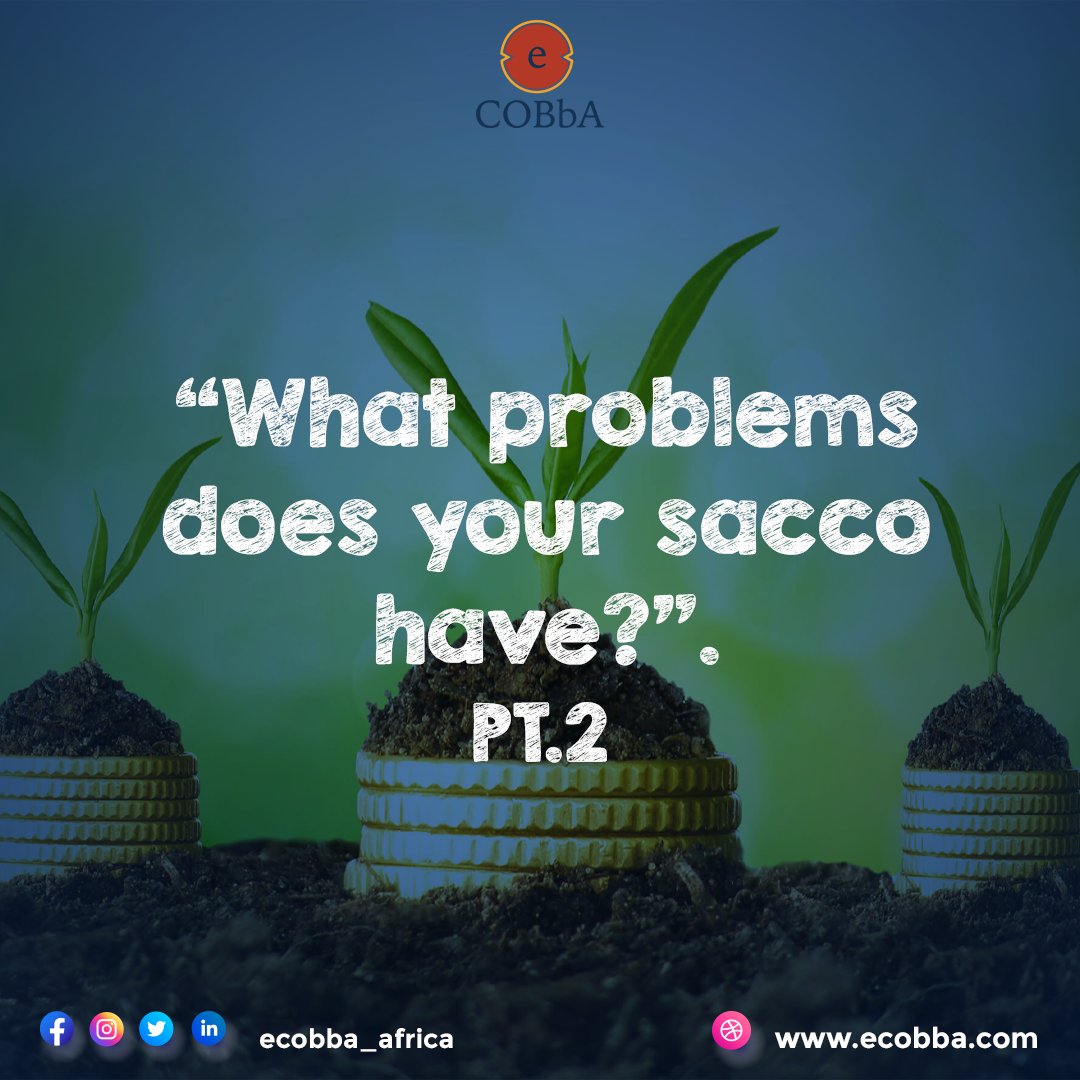 Challenges faced by Saccos – part two Since their inception, SACCOs have played a pivotal role in savings within the African culture. Over years, they have evolved to become more efficient. However, the needs of their members have evolved at a quicker rate, leading to a slight disconnect. This has created several challenges for SACCOs which we will be discussing today in part two of a three-part series titled “Challenges faced by Saccos”.

As the numbers of members in SACCOs increase, so do the financial requirements of the SACCO. The reliance on analog methods to carry out daily operations may not be enough to meet escalating needs. Additionally, it will increase the likelihood of data mishandling and mistakes. SACCOs should endeavor to embrace digital infrastructure and modern technology.

The majority of SACCOs are based in a single area and do not have offices throughout the nation. People from outside the area are unable to access the SACCOs and their services as a result of this. For example, a SACCO that began as a farmers' cooperative in one location may increase in membership and earnings over time. For personal reasons, a few of the participants may choose to relocate to other regions of the country. If a SACCO doesn’t have branches across all the regions, those members in remote areas don’t get access to their savings and the SACCO’s services, rendering them helpless.