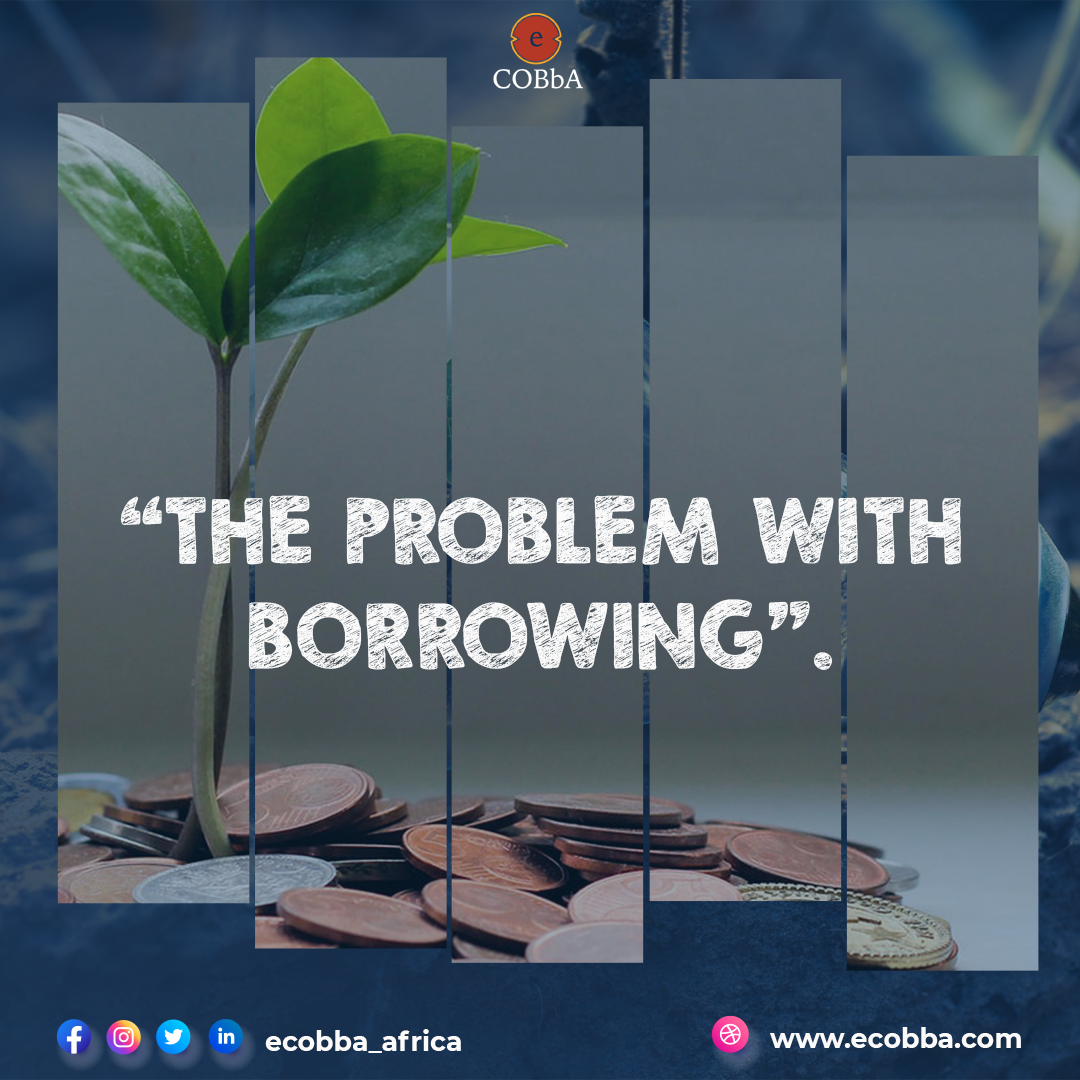 The problem with borrowing

Taking a loan and then paying it back later appears to be more appealing than budgeting and saving. For starters, you receive the cash instantly and you don't have to think about repaying the loan back for a while, whereas if you choose to save, it could take ages to save up for what you want. Why then, are people cautioned against borrowing? The reasons are as explained below.

Borrowing can be expensive

The borrower will be responsible for repayment of the loan in full, as well as paying an additional sum, known as interest. This can be quite costly and there may be other hidden interests as well. For instance, a store owner might decide to offer a loan to a regular customer, claiming they will not add any interest on the loan. They may then find a loophole to charge the customer more, through choosing to raise the cost of the goods.

Borrowing can be risky

People who aren't financially stable are more vulnerable to dangers such as rough weather, irregular earnings, sickness, robberies, and even death. They may face repayment difficulties. After taking out a loan for a specific reason, unexpected costs may occur, such as illness. The newly-acquired funds will then have to be used to buy medication instead. This throws whatever repayment plan the borrower had out of track, rendering it difficult to get out of debt, worsening the family’s financial situation.

Unfortunately, some people find it harder to get loans, compared to others. Most creditors including friends, small creditors, or financial institutions, are often unwilling to give people loans if they believe that the individual will struggle to repay them back. Sadly, these are oftentimes the individuals who need the loans the most.

Borrowing can be stressful

The most important part of a loan is the commitment to reimburse the borrower. In most cases, the entire sum should be paid back within a set time frame including interest. Inability to pay back the loan may result in the loss of the borrower’s possessions in order to pay back the creditor or their reputation being tarnished. They may also be threatened or accrue more fines and interest as time goes by.

In conclusion, saving for something is highly recommended in the stead of borrowing. However, should one find themselves in a position where they have to take a loan, it is imperative that they create a good repayment plan, and follow it strictly.